The complete letters of William S Burroughs can be found in a compilation called Rub Out The Words. These documents show that during the 1960’s, he showed a great interest in Scientology and was undergoing their “clearing” program.

A number of letters were written to associates during this period, describing the similarity between his cut up method and the techniques found in Scientology. However, as time progressed he became disenchanted with the group, criticizing Hubbard’s writing style and accusing him of using mind control techniques developed by CIA and the ritual techniques taught by Aleister Crowley. 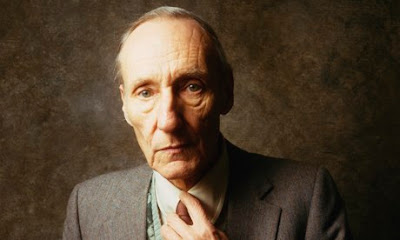 In a letter from January 1970, Burroughs writes to American poet Charles Upton on Scientology’s emotional tone scale. The scale consists of 81 emotional states, ranging from “total failure” to “serenity of beingness” used to classify how spiritually dead or alive a person is. Higher-ups in the administration use this scale to audit people of lower rank, testing their capacity to experience the full range of emotions without getting stuck in one particular state. Based on their prognosis, a variety of techniques are applied to reset the person’s psychology. Critics of Scientology have expressed concern that this process eliminates the person’s personality and replaces it with a psychic implant.

Note in the image below (resourced from the official Scientology website) that the tone scale is represented as a spectrum of colorful entities. You can read the full list of emotional tones here. 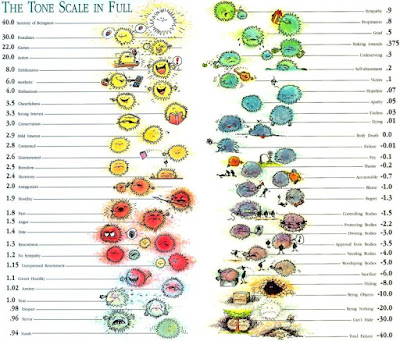 L Ron Hubbard was notorious for appropriating ideas from other spiritual and psychological systems, renaming them, and claiming them to be his own. When I first discovered this system it was clear that he had taken this concept of the tone scale from a Theosophical / Tibetan Buddhist concept called the tulpa, also known as a thought form. These mentally created apparitions have distinct feeling tones, colors, and shapes.

The image below features one example of a tulpa, illustrated by Annie Besant of the Theosophical society in her book Thought Forms. Compare this image to Scientology’s “emotional tones” in the 1.0 – 2.0 range, which look nearly identical. 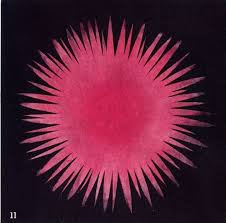 Besant painted this image of musical tulpas coming up and out of a church. 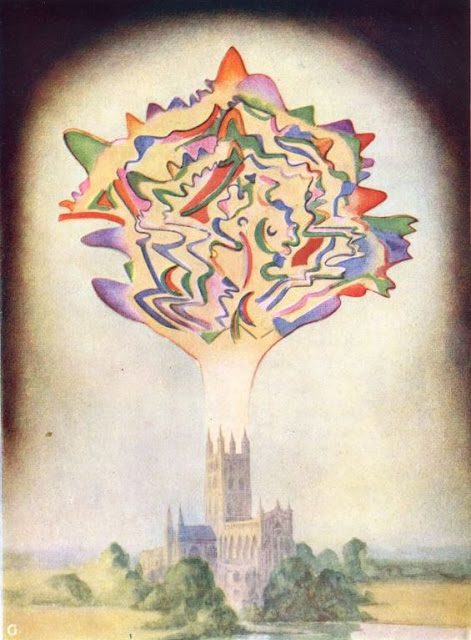 Scientology’s expression “tone scale” seems to imply a musical scale of some kind. One might imagine a musical note that corresponds to each of the emotions, but Hubbard did not take the concept that far and was apparently using the expression as a metaphor only. To locate find a musically oriented tone-color map of human emotions, we have to return to the Indian Buddhist model of a chakra system. Each energy center along the spine is associated with a musical note, color, and full spectrum of emotional states, ranging from anger to bliss. 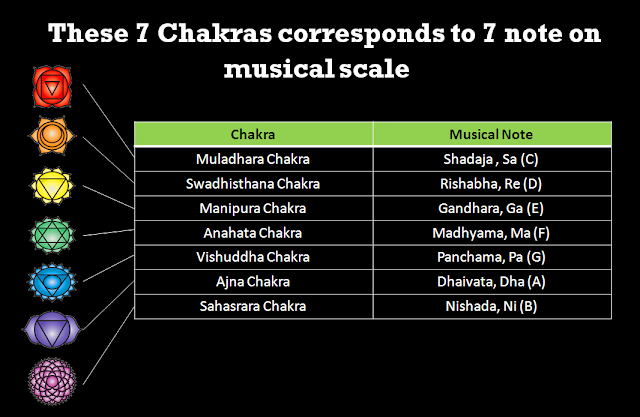 The tone-color system was fully realized by Paul Foster Case during the early 20th century with his establishment of the Builders of the Adytum. As a musician, he recognized that the Western systems of ritual magick and incantation were lacking tonal awareness. Gathering inspiration from a British theosophist named Edward Maryon, Case developed his own tone color attributions, shown in the chart below. This method linked astrology, alchemy, tarot, color, number, and states of human intelligence to the 12 tones of a musical scale.

Like Scientology, the B.O.T.A. was designed to help individuals attain greater self-knowledge through a tone scale of correspondences. They also have central headquarters in Hollywood. It bears mentioning that both L Ron Hubbard and Paul Foster Case were linked by only a few degrees of separation to Aleister Crowley; Hubbard encountered Crowley’s teachings during his time with Jack Parsons and Case was a high ranking initiate of the Hermetic Order of the Golden Dawn, of which Crowley was a prominent member. 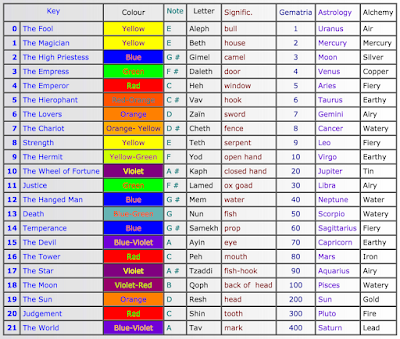 The aesthetic of an integrated tone-color circuit appeals to me, but not when they are being administered under the guidance of individuals who have questionable motives and are operating in weird asocial spiritual groups. William Burroughs refused to participate in organized religion and cults, which is one of the reasons I gravitate toward his work and methods.

To accomplish the aim of self-modification and creative self expression, Burroughs developed something called the cut-up technique. Cut ups were originally introduced by the Dadaists, a French surrealist-absurdist group that came into prominence around 1915. The idea is to take a pre-existing item, be it text or sound recording or imagery, and physically cut them up into several pieces. When the pieces are physically re-arranged in space, they generate new forms and meanings. 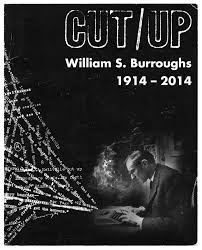 Burroughs found out about the technique through Brion Gysin, an artist who Burroughs once claimed was the only man he ever respected. Together they experimented extensively with cutting up tape recordings and observing how the new arrangements caused changes in their own psychology, and by extension, their immediate perception of the world around them.

Of particular importance to this topic if Burrough’s concept of the Word Virus. He experienced internal dialogue as a process that could be halted through the cut-up method. This would be of particular value to neurotic people who cannot help but obsess over emotionally charged negative thoughts. These are the same people who often gravitate to magickal societies in an effort to overcome their psychological problems, but unfortunately fall prey to predatory cult leaders.

Scientology applied a similar method to Burroughs, which may be the reason he was originally attracted to the group. In his bestselling book Dianetics, Hubbard laid out a model of emotionally charged and mentally stored thought patterns called engrams, which he describes in the following way:

“[Engrams are] a mental image picture which is a recording of an experience containing pain, unconsciousness and a real or fancied threat to survival. It is a recording in the reactive mind of something which actually happened to an individual in the past and which contained pain and unconsciousness … It must, by definition, have impact or injury as part of its content. These engrams are a complete recording, down to the last accurate detail, of every perception present in a moment of partial or full unconsciousness.” – Hubbard on Dianetics 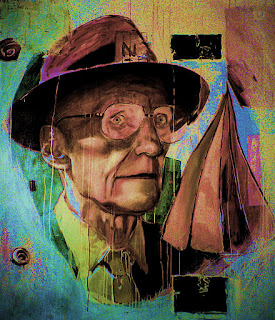 To overcome the influence of these “engrams” on his own consciousness, Burroughs would cut up his own words and manipulate them until they lost all charge and meaning. He is quoted having said:

“Word is an organism. The presence of the ‘Other Half’ is a separate organism attached to your nervous system on an air line of words can now be demonstrated experimentally … From symbiosis to parasitism is a short step. The word is now a virus. The flu virus may have once been a healthy lung cell. It is now a parasitic organism that invades and damages the central nervous system. Modern man has lost the option of silence. Try halting sub-vocal speech. Try to achieve even ten seconds of inner silence. You will encounter a resisting organism that forces you to talk. That organism is the word.” – The Ticket that Exploded (1962)

Burroughs recognized the intrinsic connection between this word virus, sound, and music. He advocated the cut-up method as a way of scrambling and discharging the energy embedded within the more virulent thought forms. Artists Bob Dylan, David Bowie, Kurt Cobain (Nirvana), and Thom Yorke (Radiohead) are among the most well known musical artists to use the Burroughs cut-up method in their songs. It appears that they applied the technique to their lyrics only, but it could just as well be applied to sheet music.

Bowie made this short video describing the cut up method, not to be confused with the cut lines of cocaine shown on the table next to his scissors and paper.

Not all of pop music’s cut-up experiments were limited to lyrical invention. The most notable example would be Brian Wilson’s experiments in his career-ending album Smiley Smile, a psychedelic album cherished by hardcore fans but generally dismissed as too “far out” for their mainstream audience. During the Smile recording sessions, musician David Anderle described:

“Brian was cutting sections of music as they were coming to him. He was going in and recording them. He wasn’t doing them as ‘this is this song, and this is that song.’ He was always interchanging parts. ‘Cause at one point, he’d say ‘OK. This is “Surf’s Up” or this is “Bicycle Rider” or “Vegetables.”’ And then a night or two later, maybe the first verse and chorus of what had been ‘Bicycle Rider’ was all of the sudden the second verse of something else.”

In this example, Wilson was taking large sections of songs and re-arranging them, to see which ones went best together. This is consistent with Burroughs’ most simplistic descriptions of the method, where he advises that the artist cut up a page into only four quadrants and then re-arrange them. Compared to the line-by-line approach, Wilson’s method was really not that radical. 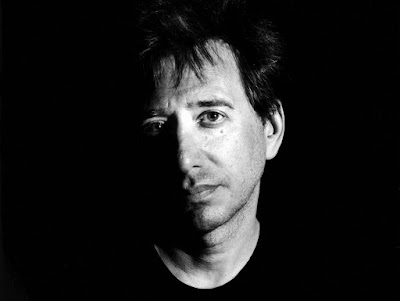 This is where American avant-garde composer John Zorn comes in. Unlike most musicians in his field, Zorn creates music that’s engaging and intriguing. He draws upon the cut-up method to create music unlike anything the world has seen before. Take for example the following track from Music For Children.

Zorn is known to have worked extensively with flash cards. The ease of shuffling a deck to produce new results allows for a fluid approach to improvisation as well as composition arrangements. In the following documentary, he describes how these methods were used in the creation of his seminal work, Spillane, comparing his music to those found in the early Cartoon music.

Compare this to his improvisation troupe, Cobra, who use musical chance games to generate a broad spectrum of aesthetic landscapes. Though this music may be more difficult to listen to, it represents the full realization of Burrough’s cut up technique, orchestrated in real time.

It should come as no surprise then that John Zorn’s record catalogue features a number of references to Aleister Crowley, A.O. Spare and other influential figures in the Magickal tradition. Though I’ve found no overt claims to the title, Zorn is clearly the Grand Magus of Western avant-garde music in the late 20th and early 21st century. Check out his record label Tzadik Records, to get a better sense of his catalogue and the music that he supports. 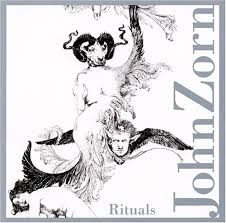 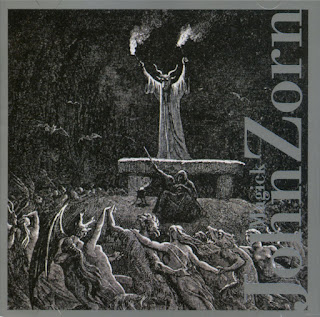 If you are interested in esoteric musical cryptography and would like to see a clear demonstration of how it can be achieved using the BOTA method, check out the Materia Musica project at www.audiomancy.net/music

‘Iridescence’ Takes Over the Shore Club at Art Basel in Miami, FL

How the Mysterious ‘Brown Magick’ Oracle Card Deck Came to Be