Contemporary mainstream astronomers have theorized that about 80% of the material universe is composed of a substance called “dark matter”. This same cosmology claims that the combined mass of ordinary and “dark” matter accounts for only one third of the total universe; the other two-thirds are made of “dark energy” which is believed to permeate everything. So-called dark energy has been cited as the reason for the ever-accelerating expansion of the universe.

The words we choose actively reveal and inform the ways that we relate to the world. Calling the invisible cosmic energy “dark” implies a state of ignorance and not-knowing which perhaps reflects the state of consciousness operating amongst those who use it. Theoretical physicists have developed a new lexicon for talking about dark matter and dark energy that frames it in terms of luminosity and light.

A common name for this radiant light-filled model of the universe is zero-point physics. Scientists researching quantum entanglement have discovered that an infinite collection of photons (light wave-particles) can exist and appear simultaneously in the same time-space location. The theological riddle “How many angels can dance on the head of a pin?” has been reinterpreted by quantum physicists to imply that every distinct point in space is overflowing with photon information.

From the perspective of radiant plenum physics, the tiny “ordinary” portion of the material universe that we call reality is actually a fluid every-changing crystallization of light data emanating from the zero-point field. Dark matter and dark energy are much closer to light matter and light energy, whereas material reality as we know it represents a relatively dark and limited band of information.

This theme of hidden astral light was explored by professor Freeman Dyson, an American astrophysicist, who introduced a theoretical megastructure capable of collecting and storing solar power as an energy source. He suggested that these devices, called Dyson Spheres, would encapsulate a star system so completely that no light could escape and human instruments could not detect their existence except as a “dark mass”. These spheres may already exist abundantly in our galaxy, being designed by any sufficiently advanced technological civilizations to power inter-planetary travel. 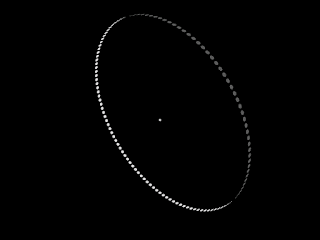 Dyson Ring: A circular collection of solar power satellites and space habitats around the sun. 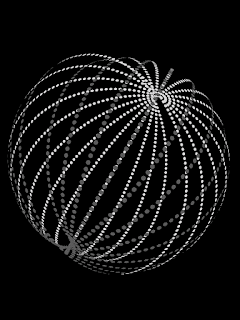 Dyson Swarm: A collection of equidistant Dyson rings orbiting around the sun. 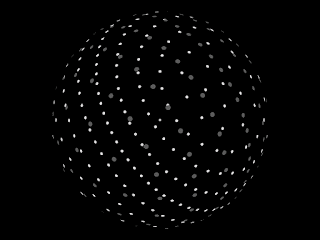 Dyson Bubble: A non-orbital collection of solar satellites suspended in space by light sails.
Dyson Shell: A uniform sphere that fully encapsulates the sun.
If technologically advanced extra-terrestrial civilizations have already built Dyson Spheres around their solar system, then we currently have no way of viewing their inner machinations or confirming that they exist as anything other than “dark matter”. The achievements and knowledge-base of our own planet would seem infantile in comparison.

During the end of October 2014, NASA attempted to launch their Antares cargo rocket to replenish supplies on the International Space Station, but within seconds of launch the rocket exploded.
Difficulties associated with interplanetary travel would likely be resolved within an enclosed Dyson Shell. One possible solution would be a network of space elevators that transcend Earth’s atmosphere and extend into geostationary orbit. These elevators would consist of a thick tether rope constructed from highly resilient materials like nanocarbon and diamond nanothreads, anchored both to the planet and to a counterweight positioned far beyond the target orbital location. Mechanical climbers would transport materials from Earth into orbit allowing for non-rocket space launch.
A high quantity of energy will be required to propel these climbers up the space elevator. Combustion engines based on fossil fuel are too resource-intensive and inefficient to support the space elevator.
It may be the case that the necessary means of propulsion will come from zero-point energy devices and/or the spectrum of possibilities represented by Dyson Ring-Swarm-Bubble-Shell models. An enormous quantity of solar energy is available and even greater potential exists within the tightly coiled microcosmic plenum of boundless luminosity.
Humanity’s spiritual journey toward the light, known to the mystics as the experience of lucid visionary dream states, may very well correspond to a longterm collective evolutionary trajectory within the species, driving us toward discovery and fulfillment of these advanced technological developments. Seen from this perspective, institutions of religion and governance are merely in place to stabilize the behavior of human beings while a tiny collection of highly intelligent beings unpack and decipher these new principles of physics.

Gradually the efforts toward the development of free-energy technology will render energy scarcity obsolete. The spiritual intelligence of our species must coincide with this technological development so that we make good use of the newfound power and do not self-destruct in the process. 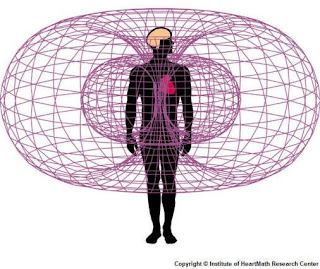 The Effect of Different Drugs on Spiders

The Realization of One Mind – A Profound Conversation with Larry Dossey, MD