Nothing defines an era better than the artistic expression of the soul to honor the truth. As we dedicate this time to amplify and honor black voices, we must consume information that not only keeps us informed but also feeds our inner light. There’s a reason we are encouraging one another to speak up. Each one of us has an integral role in shifting the narrative that has held this country to what it has become. The tolerance for racial inequality and systematic oppression isn’t a new fight.

While our time here is just a fraction in comparison to the hundreds of thousands of years society has cycled through, I know for a fact that we cannot continue to address the same things in the same way. With that being said, creativity and imagination are the leading guides in engineering the new era that is upon us. Remember, the voice of poetry goes beyond what is written. It is found in the breeze penetrating through your pores. It is felt the smiles sent to the depths of your heart.

In honor of supporting our black brothers and sisters, the following artists are but a few of the changemakers, activists, and leaders that have lived fearlessly in their truth. 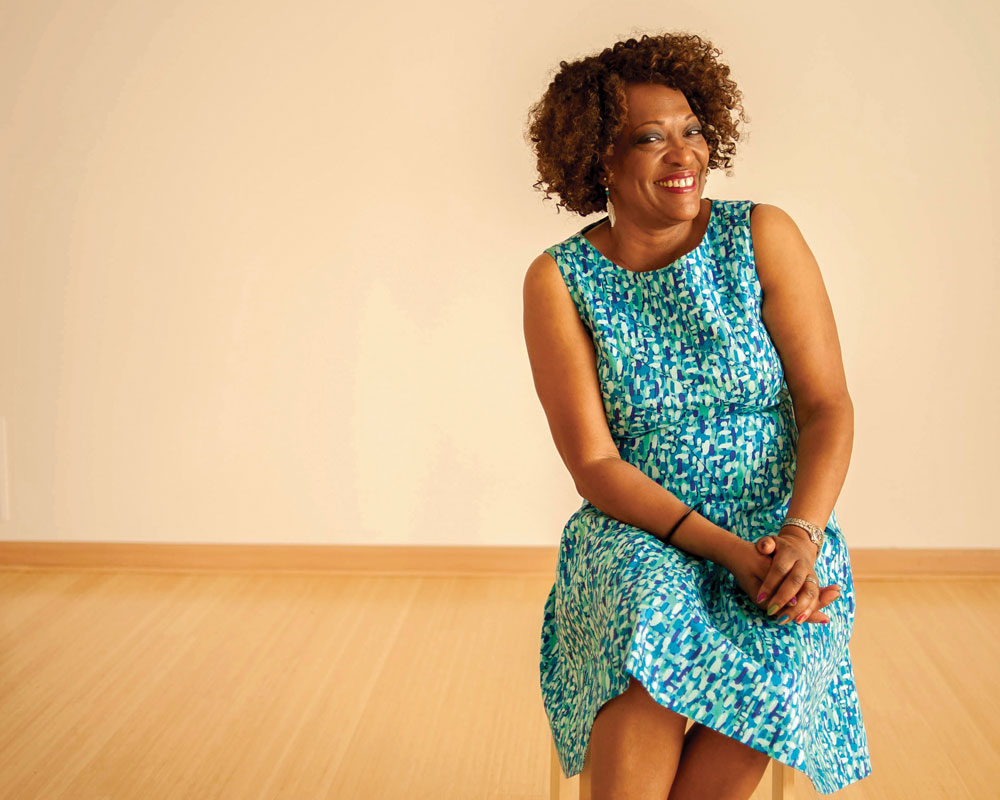 “Without imagination, we can go nowhere. And imagination is not restricted to the arts. Every scientist I have met who has been a success has had to imagine.”—Rita Dove

Rita Dove is the first African-American to have served as the Poet Laureate Consultant in Poetry to the Library in Congress, which is a title ascribed to the official poet of the United States. From 1993 to 1995, Dove’s term in this position brought an amplification to poetry and its appreciation throughout our country.

In an interview, Dove states, “I would hope that what would emerge would be a kind of portrait or collage of American consciousness,” regarding the inclusion of poetry alongside journalism. This is exceptionally true in today’s climate, where heart-led communication and transparency in reporting is most needed.

While she has served numerous positions, including congressional duties, teaching roles, and editorial hats, Dove’s mission never changed. Her sights have always remained on inclusivity and advocating for the written word. Dove has published ten volumes of poetry, a book, and a collection of essays with her most famous work being “Sonata Mulattica.”

As the only African-American in his highschool class, Dunbar served as class president and class poet. With a sphere of influential friends, including James Weldon Johnson and the Wright brothers, Dunbar’s early success was a product of his determination. However, he received a fair share of rejection from various publications due to his race and settled on a position as an elevator operator. It was during this time where he continued to store away collections of poems and articles that would later gain him fame and recognition.

In one of his more famous poems, “Sympathy,” Dunbar addresses the state of the African-American people in the United States in the excerpt below:

“I know why the caged bird beats his wing

Till its blood is red on the cruel bars;

For he must fly back to his perch and cling”

However, his work ranges from the somber tone of Sympathy to a more celebratory voice in “Ode to Ethiopia”, where he celebrates accomplishments made in the black community. As we navigate through a global pandemic speaking up for change, his poem “We Wear the Masks” has an immortal tone to inspire true expression over false acceptance.

“We wear the mask that grins and lies,

It hides our cheeks and shades our eyes,—

This debt we pay to human guile;

With torn and bleeding hearts we smile…” 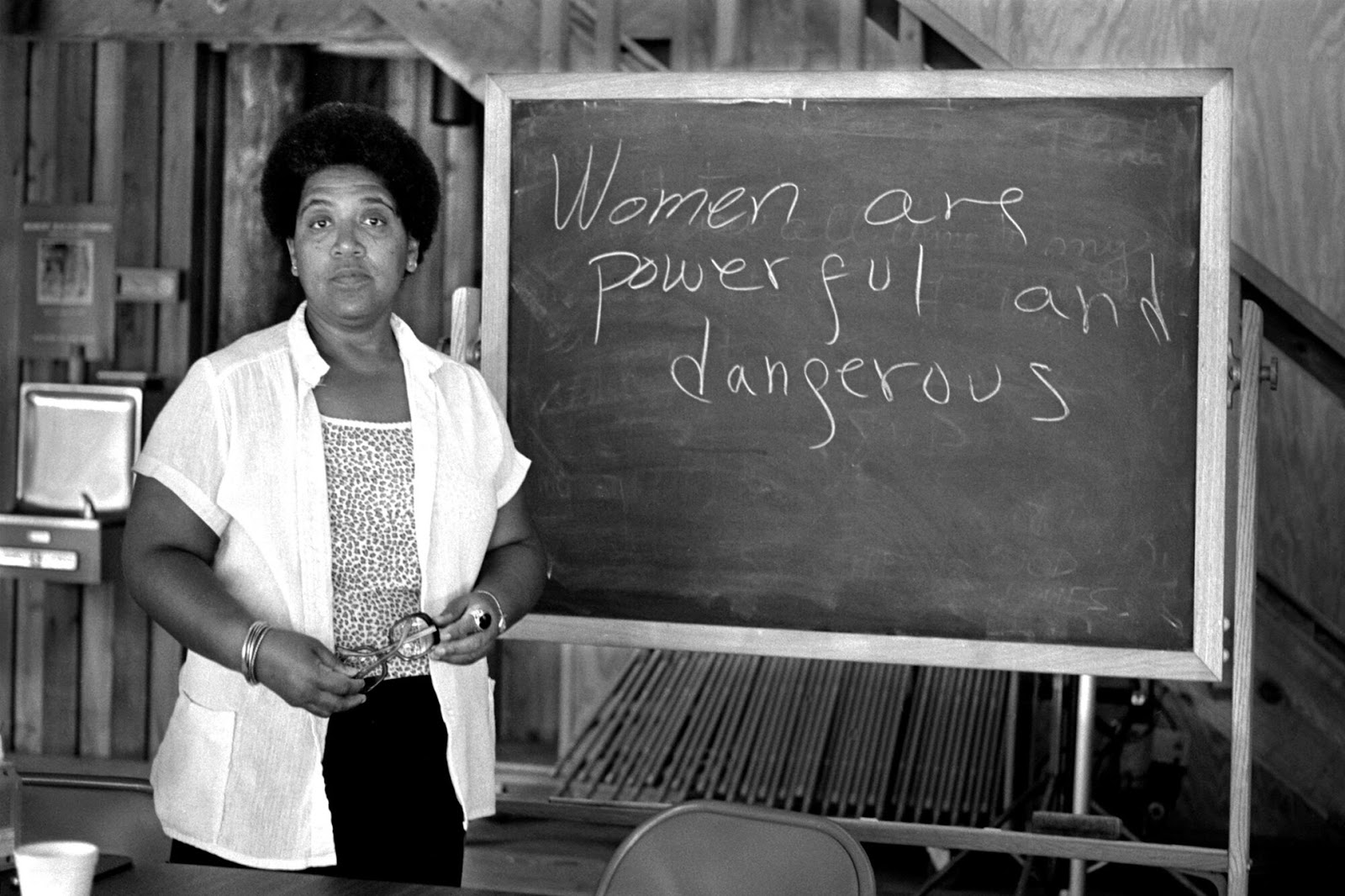 As a poet and activist, Lorde outwardly explored beliefs touching lesbianism, feminism, civil rights, and black identity. A woman of her own definition, she was initially born with the name Audrey Geraldine Lorde but later removed the “y” for her own taste in symmetrical expression alongside her last name. Not only did she make a name for herself in the literal sense, but her work has also catalyzed shifting the way communities view power and the balance it governs.

Her views toward poetry stemmed from a young age. Often finding it difficult to communicate, she found creative freedom in poetic expression. As an activist for many causes, poetry allowed her to inspire other women to speak up rather than to fight back. In this sense, the word is viewed as a metaphorical sword in battle.

Growing up, Randall’s father would often take him and his brothers to listen to influential writers, including W.E.B Dubois, James Weldon Johnson, and others. Inspired from a young age, Randall began to write poetry that would be featured in the Detroit Free Press. At the age of 13, this poem won him a proud prize of one dollar as well as a feature on the Young Poets Page.

Randall’s work is known for its simplicity and realism. For example, in his well-known work, “A Poet Is Not A Jukebox,” he expresses, through simplicity, his perspective on the freedom of speech and creative space a writer must have:

“A poet is not a jukebox, so don’t tell me what to write.

I read a dear friend a poem about love, and she said,

“You’re into that bag now, for whatever it’s worth,

But why don’t you write about the riot in Miami?”

I’ve been so busy working for the Census, and listening to music all night,

That I’ve broken my habit of watching TV and reading newspapers.

So it wasn’t absence of Black Pride that caused me not to write about Miami,

In this case, Randall stands up for the truth within a creative voice as well as the truth to be found in every situation. The voice of truth cannot be withheld or controlled—only set free.

May this selection of black poets serve as an inspiration and a reminder to continue expressing yourself authentically. Perhaps this means consuming a diverse stream of art, amplifying black voices, or supporting BLM organizations.

“As an artist collective and community, we feel it is imperative for us to align with and offer support to Black-led grassroots organizations that are on the front lines and actively creating a bold and more equal future. All funds raised will go equally to National Bail Out, Black Futures Lab, and emerging youth-led organizing in Minneapolis in coordination with artist/poet Danez Smith.”

Do Something Selfless in 2018

This site uses Akismet to reduce spam. Learn how your comment data is processed.