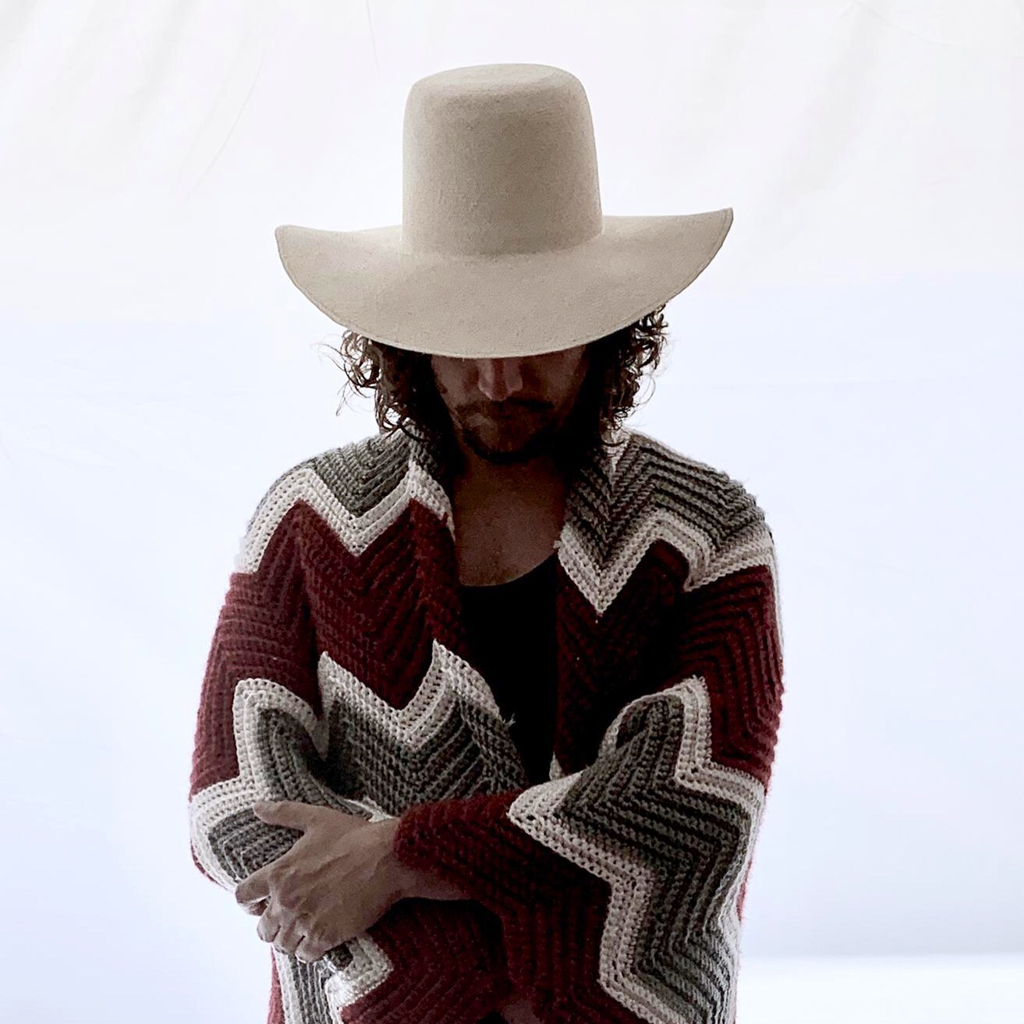 Growing up, my mother would always refer me to the dictionary whenever I’d ask for the definition of a new word. In the modern world, we are often directed to Alexa, Siri, or Google. However, not all things are as distinct as we’d like to believe. How do you google something that is essentially ungoogleable? Here’s a clue. It transcends the limits of search engine optimization and tactfully placed keywords while inhibiting the realms of soul do-name domains.

To discover the ungoogleable, one must play with language beneath the word itself, above its letters, and in between. Words like “astroverted” and “entheogentleman” are but a few of the hidden pieces you’ll discover within the Ungoogleable. Who?

He swims between the thresholds of language, limitations, and reality—all while hiding in plain sight. If you’d stop looking so hard, you’d start finding. Discovering the ungoogleable is just the first step to the spiral of uncovering all that resides in the void.

Born and raised in the Netherlands, Michaelangelo starts with the Dutch concept “doe normaal,” or act normal. This idea led us through an explorative journey of working with normality to sculpt the absurd. Navigating this concept in high school while embracing his eccentricity, Michaelangelo declared “doe normaal” as a pivotal point in shaping his character.

“Over time, that kind of exfoliated itself further into becoming who I am, and it continues to be a journey of figuring out how to still harmonize with other frequencies around, and still retain and maintain what makes me uniquely myself—ungoogleably me.”

Our personalities and tendencies are just a fraction of the fractals awaiting to formulate. “I think of it as a sponging mechanism, in a way…” he unfolds. “Absorbing the world around me and then bringing it back out to reintegrate my own flavor attached to it.”

Master of vocal mimicry, Michaelangelo has a way of immersing himself and impeccably channeling various visionary personalities like Terence McKenna and Alex Grey. With a unique style, the ungoogleable describes his impressions as a compass to the authentic self or in Michaelangelo’s words, “a one-man masquerade parading as himself.” His expressions through various artistic mediums travel along with this idea in an intriguing way.

You Could Remain the Same… Or You Could Be A Shrimpimp

The opening monologue of his music video, Shrimpimp, opens with a pearl of unconventional wisdom. “People always say, ‘Be yourself.’ I say, ‘Don’t be yourself, be someone else.’ Not until you take leave of the limitations of who you believe yourself to be, can you be who you really are, can you become full expression.”

“That speaks to the notion of who we believe ourselves to be at the kind of, self imitating limitation. We collect intel on ourselves based on our patterns of behaviors, and we’ve been told we are through unconscious processes, peer interaction, and things like that…”

The perspective he shares sculpt a new idea on what mimicry could look like. As Michaelangelo describes the notion of identities being told who they are, I couldn’t help but draw this back to the search engine versus soul engine optimization that follows us in the mask of targeted ads and sponsored promotions.

If we’re constantly subconsciously taking in these cues of what we’re supposed to be like, why not consciously interact and play with them? This is something Michaelangelo has mastered, not just in his vocal impressions, but in the stories and art, he brings to life.

Through the filters of his stylistic approach and perspective, Michaelangelo describes this idea as, “digging a trench, or digging a channel or a river and then seeing how the personality navigates through.” For those who have experience in film or theater, each actor has their way of bringing characters to life through their filter of perception. However, we don’t have to audition to play a new role. Maybe we can find new ways of interaction through, not just seeing ourselves in others, but by being ourselves in others through artistic expression.

Michaelangelo continues, “You’re ultimately stepping into new territory. You’re going to be challenged to figure out how you would improvise through that terrain, and you get to know yourself through that.” It is through those challenges where we unravel and ungoogle the hidden parts of ourselves that have also been hiding in plain sight.

In his music video, Michaelangelo brings this idea to life in a tongue-twister journey that invites the viewer to participate. He draws inspiration from his experience after spending five days with a Mexican gangster. After picking up on the gangster’s tendencies, Michaelangelo realized there was an unhealthy level of mimicry taking place. To shake this off, he took a cleansing shot of Grant Morrison’s Scottish accent. It is through the blending of personalities that Shrimpimp was born.

With lyrics that dance with a life of their own, the Ungoogleable’s artwork asks and invites participants to interact rather than consume. This is seen in his other videos like Petrified, it’s heard in his paintings, and it’s felt in his songs.

…Or See Yourself in Self Portraits As Other People. 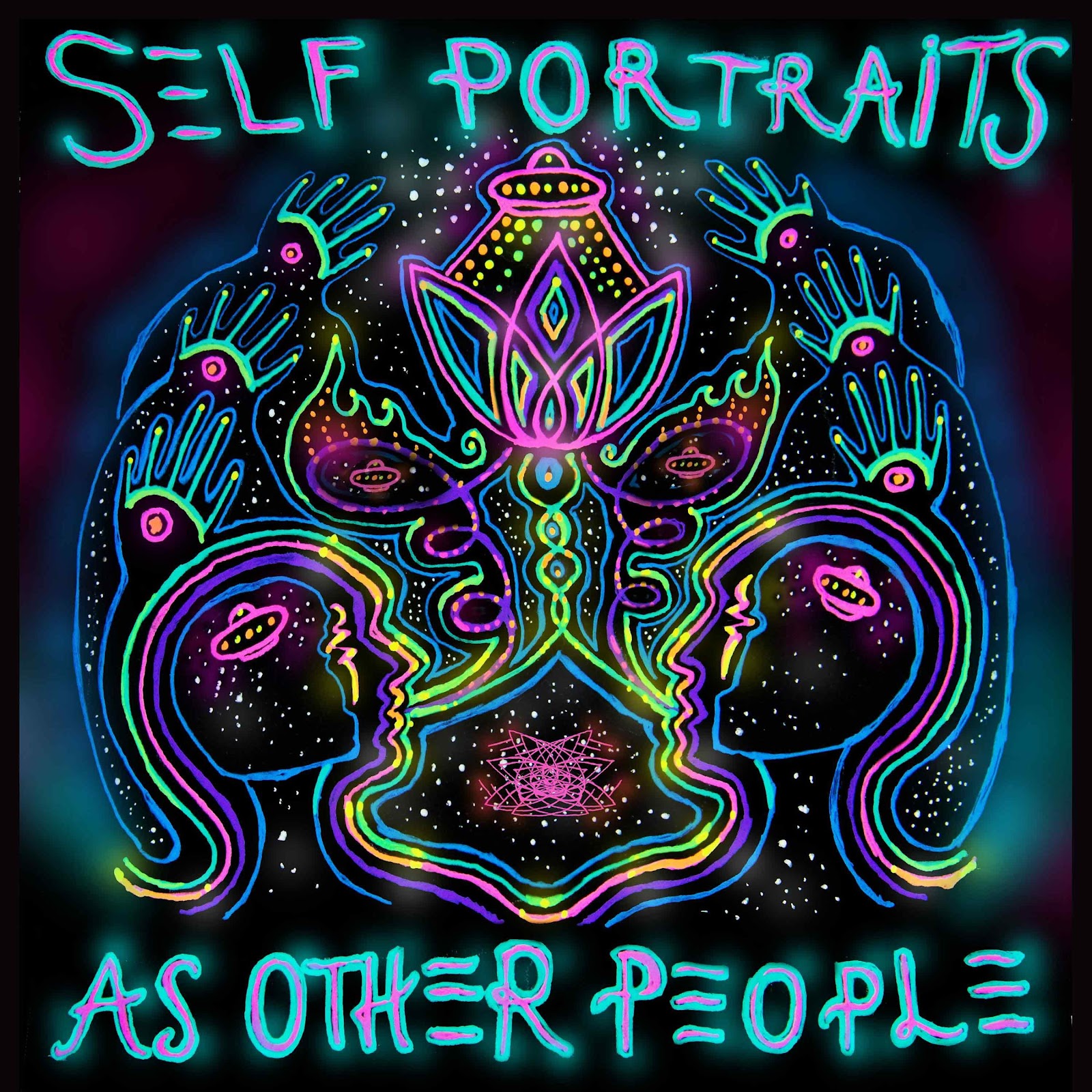 Michaelangelo shares the mission of his podcast, Self Portraits As Other People, “I’m going for the underdog or the ‘under-god’ as I call it… These people whose stories are so vibrant and so fascinating to me that I feel like these stories need to be told.”

He continues to describe this through the notion of a “psychic suburbia” that highlights interesting, yet familiar minds in popular podcasts. “I’m just really interested in people whose stories are much less easy to categorize,” Michaelangelo shares.

For example, the first episode of Self Portraits dives across the mind of Loga, an experienced oneironaut who developed a tumor on her pineal gland. After documenting her dreams for the last 30 years, she was able to connect multiple personalities with the corresponding elements of her nervous system.

As an avid dream journalist, learning about someone else who is dedicated to the dream realm immediately made my heart jump. This is exactly what Michaelangelo’s work evokes through an uncovered sense of mystery that has always been begging to be enlivened.

Imagining Into the Void

One of Michaelangelo’s signature expressions is the relationship between the limits of language and the fringes of reality. As a filmmaker, he describes his passion as the ultimate mental language. “I think because it brings together the ‘Holy-Trinity’ of image, sound, and words and synthesizes it into felt presence.” Michaelangelo continues, “It has the same kind of editing techniques that the mind has as well, that memory has and that manipulate time.”

Michaelangelo resides in the void, and it is the space that is unseen, but always there. However, the more his work begins to surface in the reality of others, the more he drives a malleable state of matter home.

“I’ve been thinking about this a lot lately because as time progresses and as I’m more like stepping out of obscurity and into the public light, I think a lot about what it is that I’m trying to do, like what are my main themes or my main focus… I think it has a lot to do with encoding yourself in objects or even embalming yourself through your art.”

He explores this in a short essay he wrote, “Becoming an Entheogen,” which inspires the reader to practice the art of “re-creational” use to create again, and again—ultimately becoming immortal in the simplest way.

“The hope is to unfold the divine within yourself and then have others ingest or consume that, so it does the same for them.”

It’s a spiral that loops in and around itself—never ending. If you haven’t realized, the ungoogleable realms of ourselves are the medicine. As we can see through Michaelangelo’s approach, the process of this uncovering and remembering is a ceremony.

“If we’re not here to create treasure maps, maps that lead to the things we treasured, then I don’t know what we’re here for,” Michaelangelo determines.

Our conversation doesn’t end here. We venture further into the void as we share a thoughtful 20-second space of silence, exchange elf impressions, and discuss the continual art of the life behind language.

Listen to the whole interview here and share your own impressions by supporting Michaelangelo’s Patreon. It’s filled with various imaginings that serve as an unseen guide to discovering your own ungoogleable self.

November 23, 2019
Previous Post Ritual for the New Moon in Gemini: Finding My Safe Space
Next Post 3 Easy Rituals for the Full Moon in Sagittarius