Krishna’s Flute and the Peacock Chakra

A political documentary called Zeitgeist (located here) took the internet fringe-conspiracy scene by storm in 2007. The film included a detailed comparison between the religious myths of Christ and Krishna; their stories share many key features (example). However, the estimated birth of Krishna predates Christ by about 3,000 years. Also, Krishna was a musician and Christ was not.

Mozart’s Opera, the Magic Flute, was an echo of Krishna’s Flute

“In Govardhan hills, once when Krishna was playing his flute, the sweet melody that poured out made the peacocks dance in joy and excitement. At the end of a long dance they spread their feathers and the king Peacock offered with great humility its feathers as an offering. The lord accepted it and adorned himself with it.” – (Source) 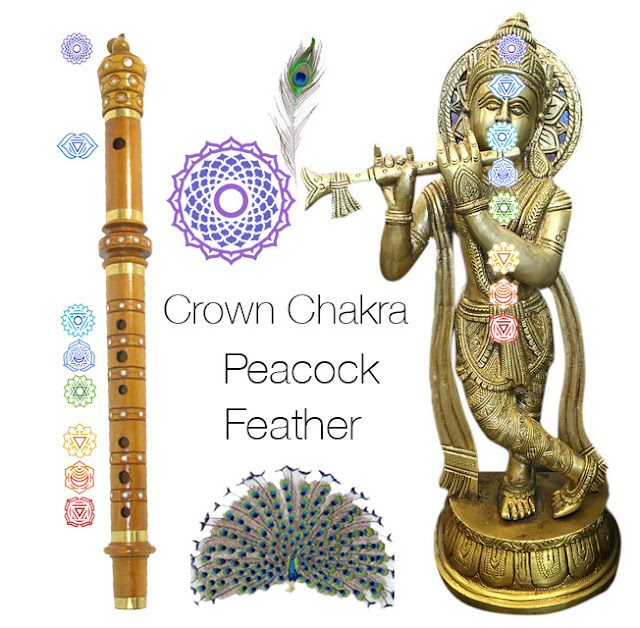 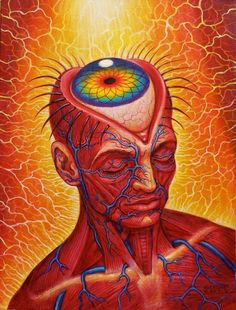 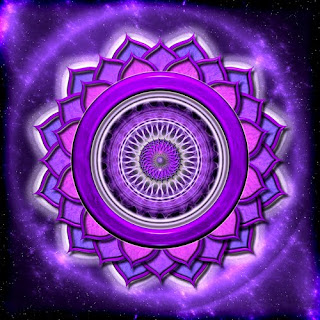 Cymatic shapes are generated spontaneously by a singing woman. This tangible demonstration of sound and geometry offers a unique insight into the secret meaning of the numbered flower petals assigned to each chakra. The crown chakra mandala displays the most intricate design, with the greatest number of petals.

Drawing the mind’s awareness to each chakra in the body, we find that that they have different “frequencies” of energy. Through breath it is possible to bring ones consciousness from low states of fear and cravings, up through the heart and toward the crown of the head, where the uncoiled serpent energy expresses itself as the thousand-petaled lotus. 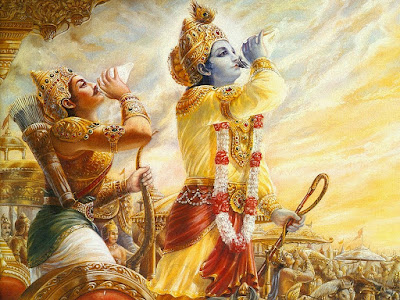 Krishna’s musical powers extended into another religious myth; that of the Ancient Greek god Triton, son of Neptune. Triton’s use of the conch shell was, like Christ, probably derived from the Indian stories of Krishna. Last week’s article on Triton and the Tritone (located here) illustrates the possible presence of Triton in the diminished fifth, or “tritone”, interval in Western music theory. 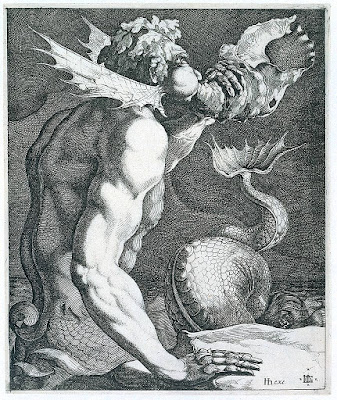 Triton, son of Neptune, blowing the Conch Shell to Influence the Waves

“Musical instruments were not used. The pipe [flute], tabret [tambourine], and harp here associate so intimately with the sensual heathen cults, as well as with the wild revelries and shameless performances of the degenerate theater and circus, it is easy to understand the prejudices against their use in the worship.” – Saint Augustine, 354 A.D.

Christ was not a musician. As a rabbi he probably blew on the shofar (ceremonial ram’s horn) and sang prayers. The absence of music from the Christ’s life had a significant effect. Check out some of these quotes from these historical Christian scholars.

“Musical instruments in celebrating the praises of God would be no more suitable than the burning of incense, the lighting of lamps, the restoration of other shadows of the law.”  –  Jon Calvin

Church music was limited to monophonic chant for many hundreds of years. Some considered it to be unnecessary in the attainment of communion with God. Music’s power made it a threat to society, inciting sensual excitement, which encourages sexual expression. Sexually liberated humans are more difficult to control and manage. So music was repressed by the first millennium of Christian monks and priests.

Symptoms of a Spiritual Awakening

April 23, 2015
Previous Post Massive Ancient Monument Found ‘Hidden in Plain Sight’ in Petra
Next Post What is a Synctank?