Triton was the son of Poseidon; half-man and half dolphin, he was known for carrying a trident and a conch shell that controlled the waves of the ocean.

The chief characteristic of Triton … is a trumpet consisting of a shell (concha), which Triton blows at the command of Poseidon, to soothe the restless waves of the sea (Ov. Met. i. 333), and in the fight of the Gigantes this trumpet served to frighten the enemies. 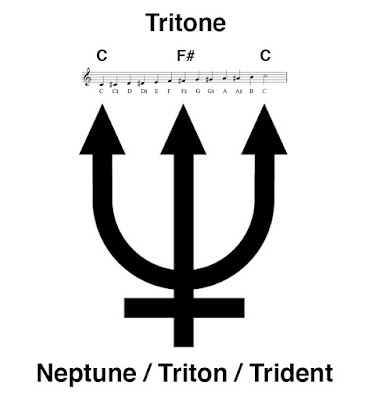 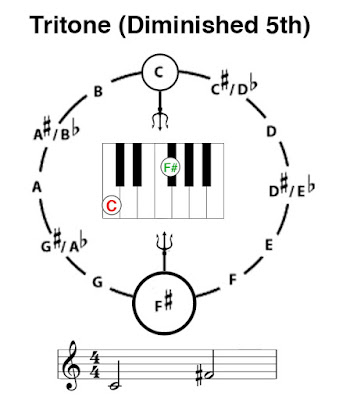 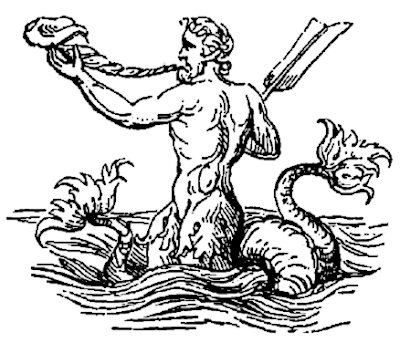 Every interval begins with a single note, just like the sound produced by a conch shell. In music theory, there is an interval called the tritone, considered to be one of most dissonant sounds existing in the major scale. In early church music it was known as diablo en musica, or devil in music, resonating with the classic “pitchfork” imagery of Satan.

On the surface, this referred to the abrasive tone quality of the interval. However, a tritone is also the foundation of the fully diminished 7th chord, a symmetrical chord shape that creates ambiguity regarding the tonal center of a song. This harmonic ambiguity ties into the trickster element of the devil, and therefore also conjured the image of Hermes, whose trident teeth become snakes that coil around one another and meet at the crown of the staff. 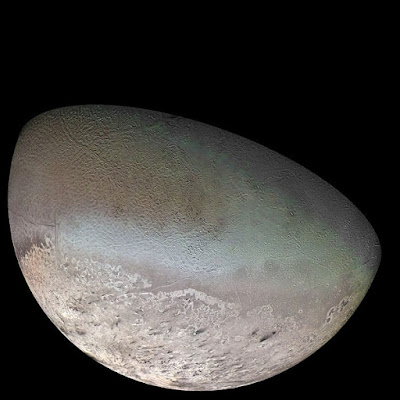 Triton was discovered by William Lassell in the 1840’s and has a numbered of interesting attributes. It is one of the only geologically active moons in the solar system, with a surface crust of ice and a core of metal and rock. Like the Earth’s moon, Triton is tidally locked to Neptune, which means that the same side of the moon always faces the planet. The unseen half is the dark side of the moon.

Unlike most moons, Triton moves in retrograde, which means that it revolves in the opposite direction of Neptune’s rotation. Check out the illustration below for an example. 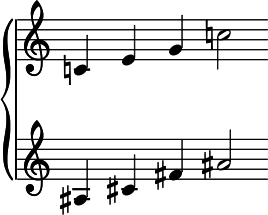 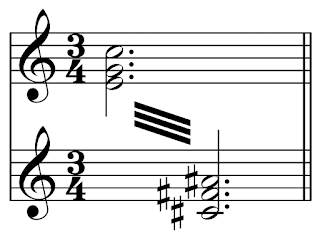 The Petroushka Chord by Stravinsky

Igor Stravinsky famously wrote the Rite of Spring and Firebird, along with a number of other classics including an opera called Petroushka. It is the story of a Russian puppet named Petroushka, a character known all throughout Europe at the time, who played a kind of court jester / trickster role in the culture.

The Petroushka chord features a synthesis of a C Major triad and an F# Major triad on top of one another. As shown in this article already, these two are opposite ends of the chromatic circle, existing in polarity, like Neptune and its retrograde moon Triton.

Stravinsky used the tritone interval to portray the trickster figure. Viewed through the esoteric lens, the tritone corresponds to Triton-Neptune and the trickster puppet to Hermes-Mercury. Together they create a powerful synergy. 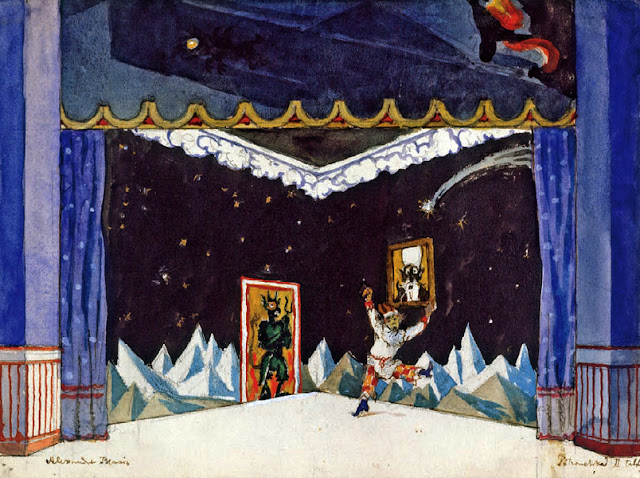 Gorgeous Tables Made From Crystal and Glass

This Vibrant Rainbow Installation is Made with 60 Miles of Thread