The study of life on Earth is called biology. So far as the general public is concerned, sentient life on other planets has not yet been discovered or studied. A second term has been created to talk about the theoretical life forms that could exist on other planetary habitats.

Astrobiology and Exobiology are fields of empirical knowledge pertaining to the origin, development, and placement of life throughout the cosmos.

Xenobiology is a related field of inquiry that studies the synthesis and manipulation of existing biological systems in order to create new, never before seen life forms on Earth.

Xenomusicology is a speculative philosophy that attempts to determine the kinds of music that might be created and discovered in outer space, among extraterrestrial cultures. Existing at the liminal boundary between legitimate academic inquiry and fantasy, Xenomusicology has made it into mainstream popular culture on multiple occasions.

What do you think of when you hear the expression “extraterrestrial music”?

Close Encounters of the Third Kind – Aliens using a melody to make contact with humans. 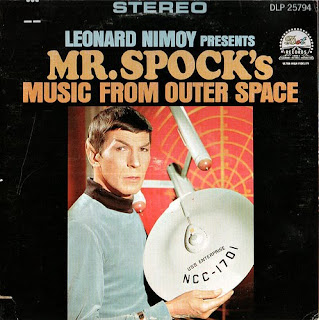 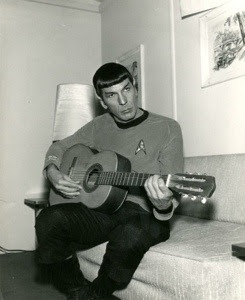 In at least five episodes, Mr. Spock can be seen playing this twelve-stringed space instrument, known in the Vulcan tongue as the “ka’athyra“, but commonly referred to as the vulcan lute.

A reference book called the Star Fleet Technical Manual was published for Trekkies back in 1975. It described this ka’athyra instrument as “…an unusually harmonious and melodic accompaniment or solo instrument whose origin is lost in Vulcan antiquity. It combines the tonal qualities of a harp, lute, sitar, and to some extent, violin.”

Take a look at this clip of Spock playing his Vulcan harp aboard the space ship. 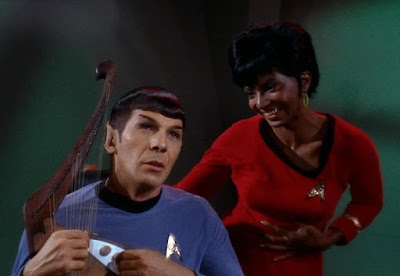 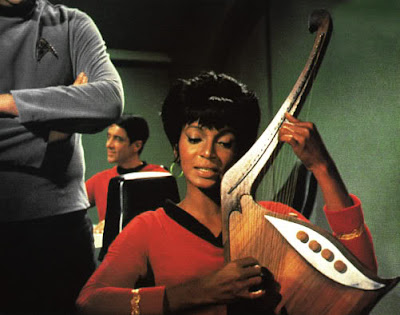 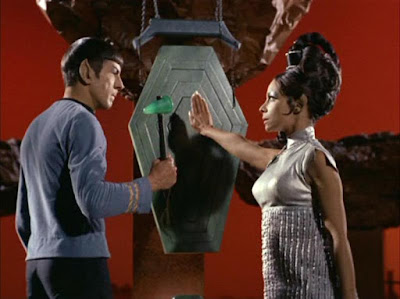 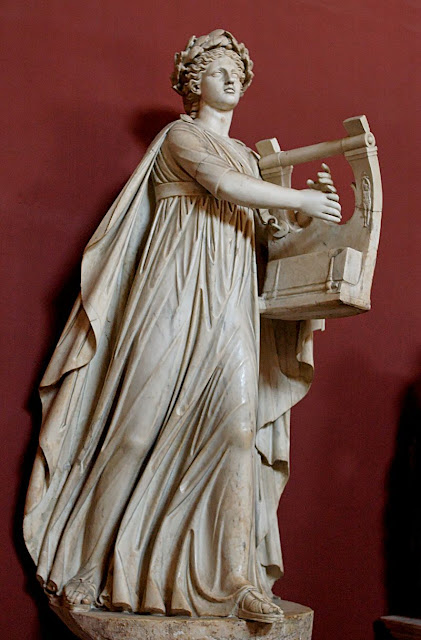 The Vulcan word ka’athyra sounds similar phonetically to the word guitar. If you think that’s a stretch, consider that the word guitar comes etymologically from an ancient Greek instrument called the kithara. Apollo, the god of Light, was depicted as Apollo Citharoedus in the famous 2nd century statue holding a kithara, shown above.

Apollo was considered more-than-human; an ancient alien if you will. Spock is not a “god” within the Star Trek mythos but he certainly would have been viewed as one from the perspective of early human civilizations. If the tables were turned, perhaps humanity in its current phase of development would appear godlike to other planetary species. Modern musical instruments would appear alien even to Earthlings who lived just a few centuries ago. 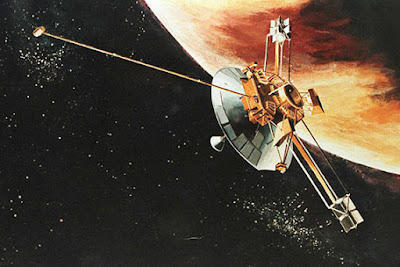 So just in case there are alien life forms out there who want to know what we’re up to on earth, NASA launched the Voyager Spacecraft into deep space forty years ago, carrying a gold-plated record of music from Bach, Mozart, Beethoven, Stravinsky, Chuck Berry, and others.

“This is a present from a small, distant world, a token of our sounds, our science, our images, our music, our thoughts and our feelings. We are attempting to survive our time so we may live into yours.” – President Jimmy Carter in regards to the Voyager time capsule 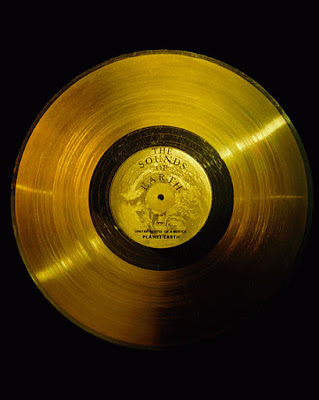 It just so happens that a popular Japanese recording artist named Kitaro was among the founding fathers of new age music in the late 70’s, standing beside international giants like Vangelis (Chariots of Fire, Blade Runner) and Jean Michel Jarre.

Kitaro put out these songs Cosmic Energy and Milky Way between 1979 and 2011. Enjoy!

How the Mysterious ‘Brown Magick’ Oracle Card Deck Came to Be

December 13, 2015
Previous Post Holy and Enchanted - New Moon in Taurus, May 6th, 2016
Next Post An Illustrated Journey Through Musical Magick