Blue moon is a folk expression for that semi-rare event when two full moons take place in a single month. It happens roughly twice in one year, once every three years. This is of course where the expression “once in a blue moon” comes from. It just so happens that an even less common variety, called the seasonal blue moon, will be taking place on May 21st, 2016.

During full moons, some people experience an optical phenomenon where light around the moon appears blue. This is called a lunar halo and should not be confused with the astrometric expression blue moon, which is specifically to do with the number of full moons that appear during a calendric cycle.

Astrologically, a blue moon signifies rare events on Earth. Notice how the Sun in 1st degree Gemini is in almost total opposition to the 29 degree Moon in Scorpio. With moon in scorpio opposing sun in Gemini, we can expect high levels of emotional intensity to surface and challenge our mental ego.

Mars and Venus are also in direct opposition on this day, each within a couple degrees of the sun/moon respectively. Lovers may feel a dynamic tension pulling at them during this transit. Jupiter in Virgo in the first house emphasizes the importance of enjoying some alone time, and Jupiter’s trine with Mercury in Taurus suggests that this will be a good time for intimate philosophical conversations among a small group of friends.

There is another side to esoteric astronomy that deals with musical scales and colors. It is not astrology per se, and yet it covers topics that any lover of astrology is sure to enjoy. Let’s take a quick stroll down memory lane…

Blue Moon: Did Isaac Newton Hint at an Esoteric Secret of Music Theory? 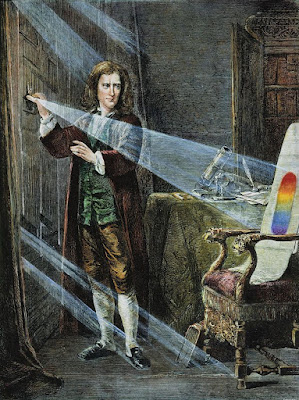 You’ve heard of the guy. He has been called the most important scientist of all time, responsible for discovering the laws of classical mechanics and universal gravitation. He built the first functional reflecting telescope and without him, that Dark Side of the Moon poster in your dad’s attic would have never come to be. Isaac Newton developed a theory of color based on the way light refracts through a prism.

There is a hidden yet remarkable quality to Newton’s intellectual life that rarely gets mentioned in science textbooks. He conceived of a synaesthetic world where the wavelength of this visible light spectrum corresponded to the wavelength of sustained tones. Emphasizing this point, he assigned specific colors to musical notes in his book Optics, published in 1704:

In the following image (from page 70 of my first book Astromusik) you will see two scales. The first is a two octave musical scale in C Major, beside the word solar and the alchemical symbol of the sun. Below, the second scale covers a single A Minor scale in one octave, besides the word lunar and an alchemical symbol of the moon. The image on left is an alchemical emblem depicting the union of sun and moon by virtue of a lion-serpent swallowing its bird-tail.

C Major and A Minor are called “relative keys” because they are composed of the same notes. The difference between them is only the starting note. “A Minor” begins and ends on the sixth note of a C Major scale, as shown in the illustration above.

Twenty years after Isaac Newton assigned Blue = Major sixth, German scientist and philosopher David Gotlobb Diez published Mundi Consensum (1723), a book assigning the color Blue to the Moon. Diez and Newton did not agree on the musical interval associated with the Blue Moon, but it doesn’t matter. When the two models are viewed in conjunction, they have idea-sex and give birth to the combination of a Blue Moon on the sixth degree of a major scale.

The image below is taken from the same chapter on Alchemical Music Theory in Astromusik. The tarot card below is from the Tone Color Alchemy tarot deck that comes with this book. Be sure to give Billy a listen as she sings the classic tune, Blue Moon! 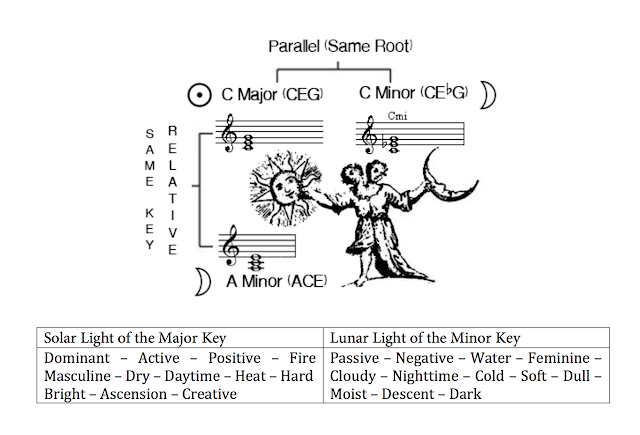 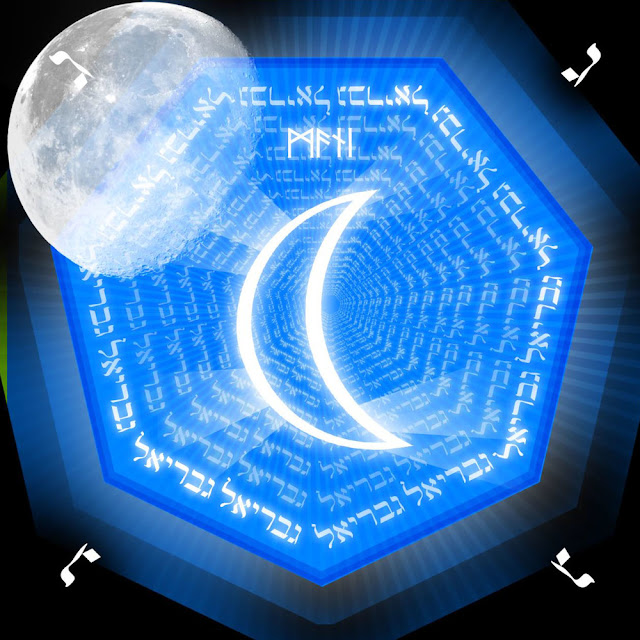 For The First Time in Over 10 Years: 5 Planets Are All Going into Retrograde