The whole notion of Western music comes out of a distinction between cultural hemispheres. Eastern and Western musical aesthetics are very different. How different are they really? 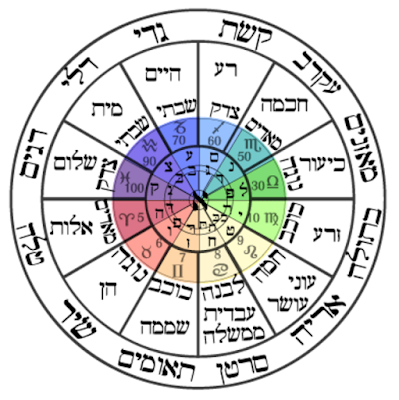 Below is the chromatic musical scale in Western Music. Seven essential notes (ABCDEFG) can be modified by sharp (#) or flat (b) symbols to create the full twelve-tone chromatic scale.

This is what the twelve chromatic notes look like when arranged around a circle. I have written extensively about the theoretical link between the 12 musical notes and the outer twelve letters of the Kabbalistic Rose of the Sepher Yetzirah (shown below). The common links are astronomy and linguistics, which co-evolved during early stages of “Western” civilization. 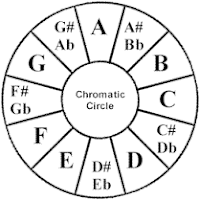 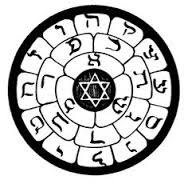 Although there are twelve outer petals of the Rose, the total number of petals equals twenty-two, which coincidentally is the number of Shrutis (chromatic notes) in the Indian scale. The 22 shrutis derive from the 12 tone scale, plus an additional 10 notes called quarter-tones, that lean in towards the primary tonal centers of the 12 tone scale. 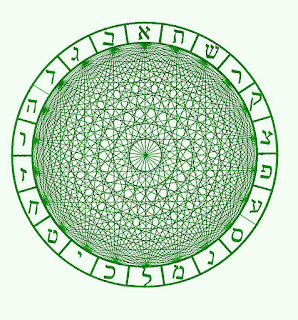 If you were to arrange the 22 letters of the Hebrew alphabet around a circle so that they are equidistant, you would have a rough approximation of 22-shruti in equal temperament.

In reality, the 22 Classical Indian notes (shruti) are not equally tempered. They use an alternative tuning method called “just intonation”, based on working with wave forms as they occur in nature. The piano’s equal temperament is one of the main distinguishing features of Western music.

The 22 Shrutis of Indian Classical are based on the following ratios: 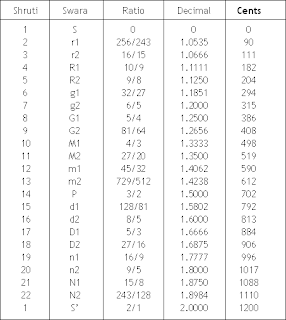 The shrutis are labeled under a column called “swaras“, showing lowercase and uppercase letters with the number 1 or 2 next to them. This is because the 22-note shruti scale is actually based on the seven swaras, which are conceptually identical to the solfeggio scale.

The seven swaras can be modified just like the Western chromatic scale to produce 12 notes. However, whereas the Western scale stops here, Indian music take things one step further and divide the 12 notes further into 22 notes (shrutis).

One might think that there would be 24 shrutis (12 multiplied by 2), but actually the root note and perfect fifth are not modified with quarter tones, presumably to avoid clashing with the drone often used as accompaniment in Indian music. Therefore, there are 10 additional quarter tones in the system rather than 12.

Check out the table shown above. The first letter “S” is equivalent to “Do” in the solfeggio scale. It is not modified. The next four notes are r1, r2, R1, and R2. In Western music theory, this is the second scale degree being modified as Minor 2nd (r1) and Major 2nd (R1), plus the two quarter tones that hover close to it (r2 = modified minor 2nd) and (R2 = modified major 2nd).

The full “solfeggio” scale of Indian music (the seven Swaras) are shown below.

Notice that each of the seven notes has a meaning, an animal, a chakra and a god. This is where things get interesting.

One of the inner teachings of Kabbalah is that the twenty-two letters of the Hebrew alphabet each have a numerical correspondence (gematria) as well as an underlying collection of meanings including color, tarot, and astrology.

Each musical note in the 22-note Indian scale has a numerical frequency, representing its musical pitch. They are based on the 7 swaras, which each have a collection of magical correspondences (animal/chakra/gods). There is an eerie similarity here to the Jewish system of kabbalah.

The first letter, Aleph, when spelled out phonetically (ALP or אלף) creates the word “ox head”. The same can be applied to all twenty-two letters:

So in the late 19th and early 20th century, when the Hermetic Order of the Golden Dawn and Builders of the Adytum introduced colors, tarot cards, and musical notes to the 22 letters of the hebrew alphabet, I believe that they were doing so as a tribute to Indian mysticism.

Indian classical music portrays each musical note as intrinsically linked to the body, the natural world, and to the gods. This is precisely how Kabbalah relates to reality. The entire cosmos is built upon vibration, both sonic and electromagnetic, and the principle of resonance can be called upon to understand how it is that each note resonates with higher and lower principles of number, color, letter, chemistry, mythology, and astronomy. 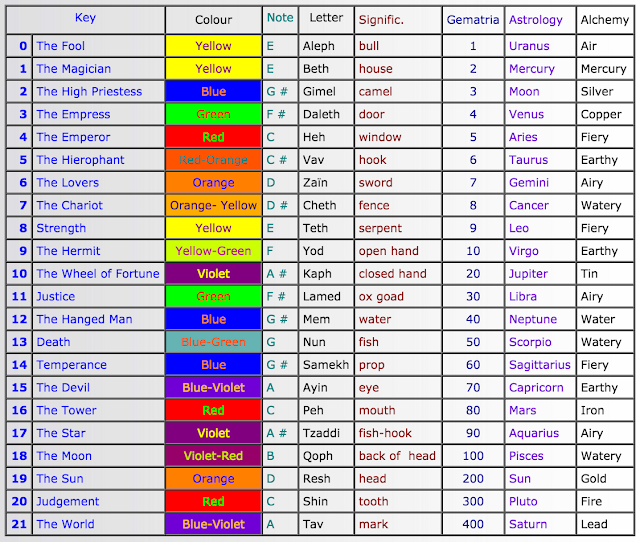 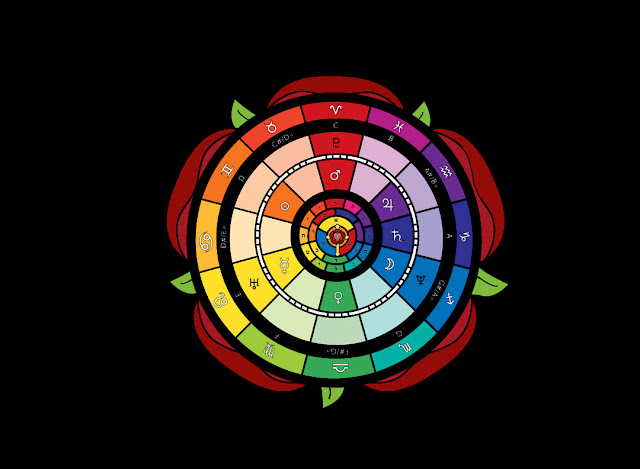 August 3, 2015
Previous Post For The First Time in Over 10 Years: 5 Planets Are All Going into Retrograde
Next Post This Time Traveling Catholic Priest used Music to Talk to the Dead